Let Us Help You

The North American Primate Sanctuary Alliance is pleased to serve as a collective source of expertise and advice on a variety of topics impacting primate welfare.

NAPSA and its member sanctuaries are approached often by people seeking advice on how to start their own sanctuary. Although there is no precise formula for the successful founding and maintenance of a sanctuary, here are some of the most important things to keep in mind:

How to Transition to a Sanctuary

NAPSA and its members have been approached by animal care facilities that wish to become sanctuaries but are overwhelmed with the necessary changes, and aren’t sure what steps to take because there are many ways in which sanctuaries differ from other facilities. We wish to encourage and support any organization looking to make positive changes and become a reputable sanctuary. Transitioning to a true sanctuary is better for the animals and also better for gaining public support. Here are some ways to begin making the shift:

The North American Primate Sanctuary Alliance (NAPSA) is dedicated to educating the public about characteristics of reputable sanctuaries, as well as attributes of facilities that should be avoided. Do not support facilities that do not operate with the best interests of animals in their care as their first priority.
The North American Primate Sanctuary Alliance (NAPSA) unites the primate sanctuary community, builds capacity to provide sanctuary for captive nonhuman primates, and advocates to eliminate primate exploitation. NAPSA member sanctuaries care for over 800 nonhuman primates retired from the entertainment, biomedical research, and exotic pet industries, and are experts in providing enriched lifetime care to captive animals. As there are no regulations in the United States that manage who may refer to themselves as a sanctuary, it is important for NAPSA members to distinguish themselves from other facilities who house captive animals but who do not operate with the same high standards, and may even exploit and harm the animals in their care.

It can be difficult to distinguish pseudo-sanctuaries from reputable sanctuaries. There are a number of key characteristics the public may look for when trying to make this determination.

The Use of Posed Primates on Greeting Cards

Historically, goofy images of trained apes and monkeys have been popular subjects of greeting cards, often wearing clothing or partaking in human activities. Although this practice is waning, a variety of such cards remain available in stores. Have you been dismayed to receive such a card from a well-meaning friend? Share this information below to help spread the word about the facts behind the images on the card.

The North American Primate Sanctuary Alliance (NAPSA) is a coalition of the leading primate sanctuaries on the continent who care for over 800 nonhuman primates (including over 700 chimpanzees) who are retired from the entertainment, biomedical research, and exotic pet industries. NAPSA members are experts in providing enriched lifetime care to captive animals and have overseen thousands of primate introductions.

Primate sanctuaries are tasked with providing a place to thrive for numerous apes, monkeys, and prosimians in need. The sheer number of primates in need dictates that these sanctuaries house very large populations; with any given sanctuary oftentimes housing many more residents than are kept at any given zoo.  Many of these primates have extremely limited social experience. However, in order to thrive, it is critical for a primate to live in a rich social environment. It is therefore foundational to the mission of all primate sanctuaries from both a welfare standpoint, and a logistics standpoint, to introduce primates to each other within larger social groups. Primate introductions are central to primate welfare and husbandry.

While the vast majority of introductions of captive primates are successful, many primates are territorial species with the potential for spontaneous and unpredictable intercommunity aggression. Even in stable groups, conflicts occur, sometimes resulting in serious injuries.  Despite occasional volatility or conflict arising during leadership changes or other social upheavals, many primate species thrive in large social groups, and all primates in captivity benefit from some social contact with others of their species. Forming groups in captive settings may involve increased aggression during the introduction process, however, the welfare benefits of having many social partners almost always outweighs the risks of aggression.

You can help NAPSA continue its important work strengthening its member sanctuaries and advocating for primate retirement. 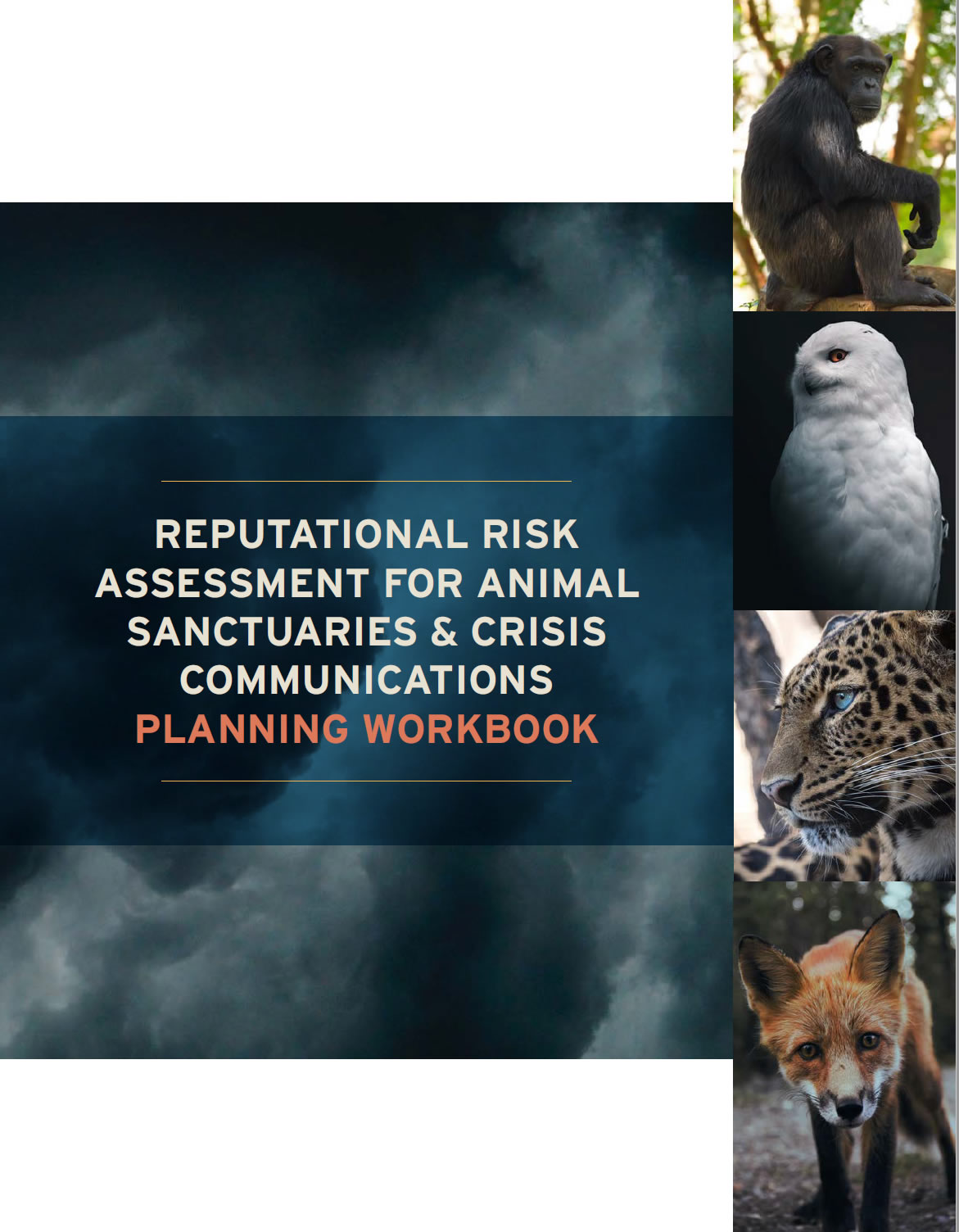 We are excited to share this free Reputational Risk assessment tool with animal sanctuaries. Conducting a risk assessment, proactively identifying risk factors, and working to minimize them before a crisis, is strongly advised by NAPSA.

How To Start a Sanctuary

NAPSA Educational Resource: How to Start a Sanctuary

“A Guide for Modern Sanctuaries with Examples from a Captive Chimpanzee Sanctuary,” Amy Fultz

How To Transition to a Sanctuary

NAPSA Educational Resource: How to Transition to a Sanctuary

“A Guide for Modern Sanctuaries with Examples from a Captive Chimpanzee Sanctuary,” Amy Fultz

The Use of Posed Primates on Greeting Cards

NAPSA Educational Resource: The Use of Posed Primates on Greeting Cards

NAPSA Educational Resource: The Use of Posed Primates on Greeting Cards

“Opposition to the Use of Nonhuman Primates in the Media,” International Primatological Society

“Shutterstock Banned All Images of Primates Dressed as Humans For a Great Reason,” One Green Planet